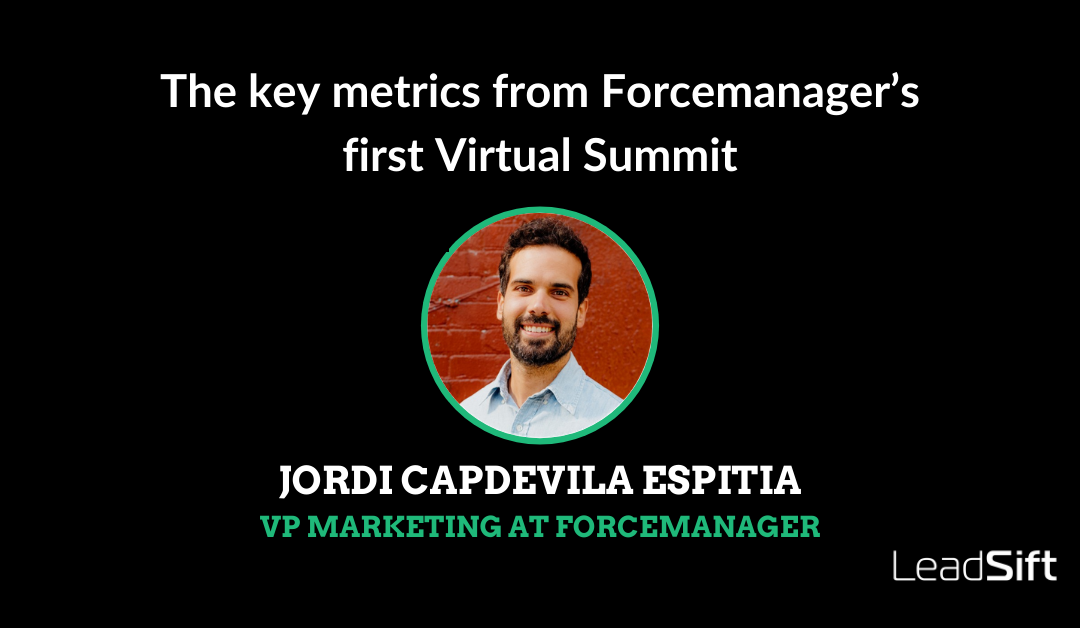 Continuing our series on Forcemanager’s hugely successful May 2020, Virtual Summit  Alex Field, Leadsift’s Head of Growth got deep into the metrics with Forcemanager VP of marketing, Jordi Capdevila Espitia.

Forcemanager have a scoring system in place- which the event contributed to. Prospects who reached that threshold were then contacted by Forcemanager’s SDR’s. Within 3 weeks of the event, Forcemanager had:

Right after the event, Jordi and his team wanted to know exactly what the feeling was amongst attendees. So, they asked them how likely they would be to recommend the event to a colleague or a friend. They received over 500 replies – a good rate for an NPS survey. The NPS from those replies was 68 (over 30 higher than the average NPS for SaaS) and the mean average, without NPS math was 9.

The beauty is in the Evergreen

Forcemanager now has a 100% evergreen virtual event that Jordi expects to last for 1-1 ½ years, by which time they will have hosted another virtual event at which they will be able to showcase even better speakers, more people and make it even bigger.

This is the last in our series on Forcemanager’s Virtual Summit, you can find the previous two posts here and here.

Ready to amp up your own lead generation strategy?

You can find Jordi and Forcemanager here:

LinkedIn so that would be the best way for sure. a website Forcemanager: https://www.forcemanager.com/