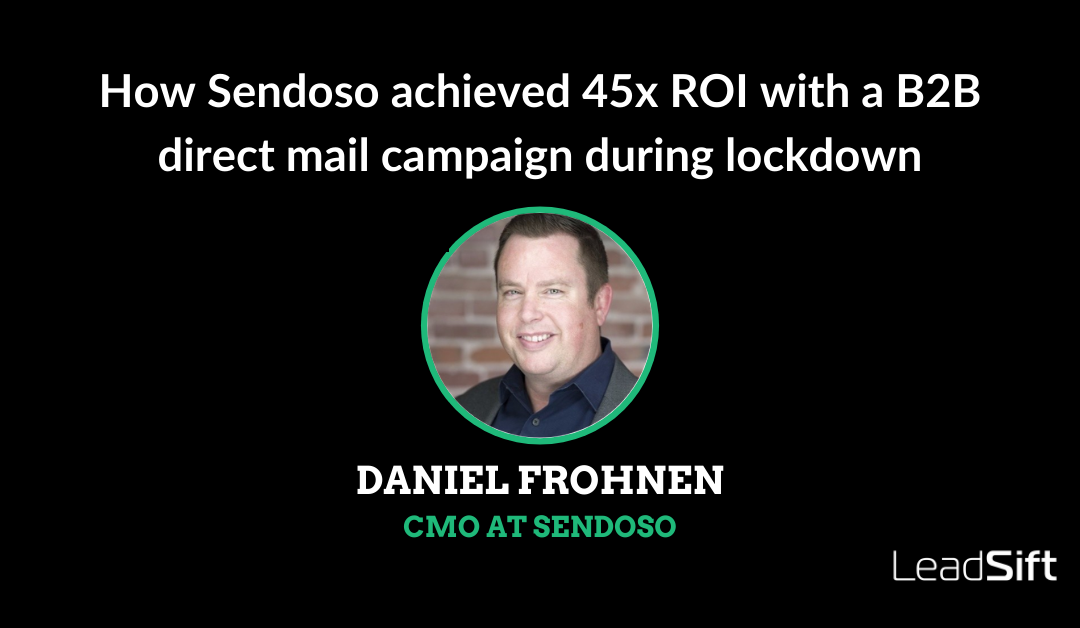 Continuing our series diving into the secrets of Sendoso’s successful lockdown B2B Direct Mail campaign, during our interview, Daniel walked us through how Sendoso ran their Fortune Cookie campaign.

With a universe of accounts that they knew were frozen (either because they were unresponsive or because the Account Executive had received confirmation from the prospect) the first step was to narrow those accounts down for targeting.  Through a tiering structure, Sendoso identified 107 tier one and tier two accounts to run their fortune cookie campaign with. These accounts represented their best ICP from a successful customer standpoint and therefore those that Sendoso were most likely to close on.

Daniel’s team asked the Account Executives to nominate the best quality accounts that they could. Those were the accounts that would be most likely to represent the best success for Sendoso both in terms of traditional close rates and as actual customers. Anything that was outside of a tier-one and two became a secondary priority.

This particular campaign was a marketing, rather than sales, led initiative and what Daniel describes as ‘prescriptive sending’ meaning that:

The Stakeholders that Sendoso was engaging with:

The Sendoso sales team were engaging with at least one of the following key contacts at their prospect companies:

In this particular instance, Daniel’s team really wanted to both surprise and delight their prospects. They wanted swag that communicated the value of Sendoso’s offering and something that would make the prospect respond. It also needed to fit the COVID prompted shift to technology and tactics based decision making aimed at generating revenue whilst helping companies to stand out from the crowd. Sendoso branded fortune cookies did exactly that.

The Sendoso twist was that each send contained 5 fortune cookies in a branded box and, within each cookie, was a customer ROI metric, showcasing how working with Sendoso could improve their ‘fortunes’.  Key to the success of this campaign was:

But it wasn’t all about Direct Mail

What if this had been a net new rather than a re-engagement campaign?

Daniel told us that the approach for a net new campaign would be similar in terms of the fact it’s really about getting the brand out there.  However, if an SDR or an AE  runs an engagement campaign through a sales engagement platform, they’re going to need to see digital air cover because it usually takes anyone between 12 to 20 impressions before a prospect has the recall and the memory to act on something. This is a broad brush approach based on what they think they know about their ICP.

The difference with the Fortune Cookie campaign was that Sendoso already had a relationship and knowledge of their prospects’ use cases, who the key contacts were as people and who they are as a company. That pre-existing knowledge meant that the AE portion could be much more bespoke and tailored to the prospects enabling meaningful conversation and follow up from the off.

Crush your own ABM campaign with Intent Data

Listen to his Show Me the Data Podcast episode: https://leadsift.com/show-me-the-data-daniel-frohnen/